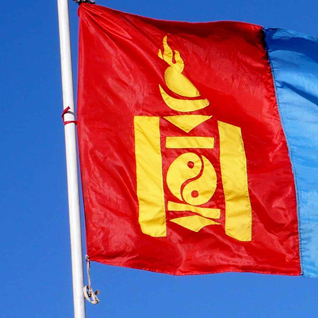 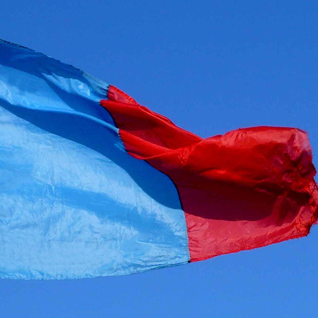 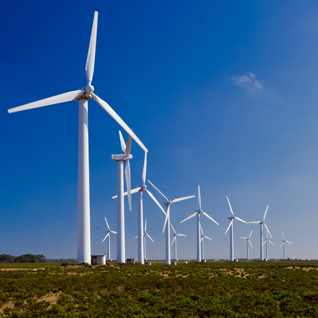 Mongolia is heavily investing in the expansion of its electricity supply grid and is specifically encouraging eco-friendly energy. In 2007 the Mongolian government enacted the Renewable Energy Law accompanied by a set of regulatory arrangements with a feed-in-tariff for renewable energy. Therefore the Mongolian government has taken several initiatives for renewable energy development.

According to the "Wind Energy Development Roadmap for Mongolia", wind energy is to become one of the most important energy resources in Mongolia by 2020, when it will cover about a fifth of the country's energy needs.

In 2015 the share of renewable energy in total capacity is 7.9 % (84.15 MW). The outstanding wind conditions in Mongolia, with wind speeds between 7.0 and 8.5 metres per second on average, are ideal for wind energy.

Wind power is the conversion of wind into a useful form of energy, such as using wind turbines to make electrical power. Large onshore and offshore wind farms consist of hundreds of individual wind turbines which are connected to the electric power transmission network. Wind energy generation is currently the most advanced and efficient renewable technology. As an alternative to fossil fuels, it is plentiful, renewable, widely distributed, clean, and produces no greenhouse gas emissions during operation.

Mongolia is a country with strong interest in renewable energy, especially in onshore wind energy

As the conditions for wind energy in Mongolia are excellent, the country is the perfect location for the Sainshand onshore wind park. Ferrostaal Industrial Projects GmbH, a project developer facilitating worldwide investments, became the majority stakeholder in the Sainshand onshore wind park in Mongolia in February 2014. Ferrostaal is developing the largest onshore wind farm in Mongolia with about 27 turbines, a nominal output of 54 MW and a yearly output of 190 GWh. Ferrostaal has signed both a bankable Power Purchase Agreement with the state-owned energy supplier, the National Power Transmission Grid Company (NPTG) as well as EPC term sheets for the construction of the onshore wind park. It is expected that the windpark will start operating in October 2017 with a five percent stake of renewable energy being produced. The anticipated investment volume for Sainshand is approximately 115 million US dollars. The investment will be project financed by leading international development banks and the financial close will be arranged by Ferrostaal Capital GmbH.

The Sainshand onshore wind park is already well developed − the Power Purchase Agreement and all licenses are in place. By taking a majority stake in the project, Ferrostaal is creating a bridge between the local developers, Sainshand Wind Park LLC, and investors worldwide. With its expertise in project management, financing, engineering and contracting Ferrostaal adds value to the development of the Sainshand wind park.

The Sainshand wind farm area is located 15 km north-east of Sainshand City, capital of Dornogobi Province, in an area average 1,020 m above sea level. The non-complex terrain with height differences of up to 100 m in all directions and up to a distance of 10 km provides solid conditions in addition to a very well developed infrastructure embracing road, railway and central grid station.